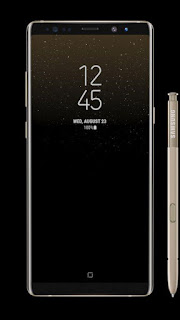 Samsung Galaxy note 8 is price starts at $929 (Rs. 59,502 approx.) in the U.S. no details about price in India. Galaxy note 8 will be available starting mid-September globally and In the U.S. Now you can pre register on Samsung.com  and ships from September 15th.
Smartphones