May 09, 2018
Fitbit has launched the Fitbit Versa smartwatch in India, this smartwatch was announced in March 2018 in India. Fitbit Versa is priced at Rs. 19,999 in India, and the special Edition will also retail for Rs. 21,999. This smartwatch will be available on Reliance Digital, Croma, Helios and other major retailers including e-commerce partners like Amazon and Flipkart from 13th May. 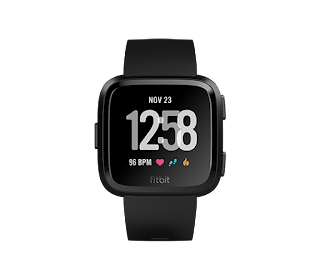 Fitbit Versa packs a 1.34-inch Touchscreen Color LCD display with 1,000 nits brightness. This smartwatch comes with a metal body. It is water resistant up to 50 meters. It has WiFi 802.11 b/g/n, Bluetooth 4.0, GPS, NFC (in special editions) connectivity. It has 3-axis accelerometer, 3-axis gyroscope, Optical heart rate monitor, Altimeter, Ambient light sensor, SpO2 sensor, and Vibration motor. This smartwatch is running on Fitbit OS 2.0, it is compatible with iPhone (4S and later) and Android (4.3 and later).