How to install Android P beta on pixel smartphones 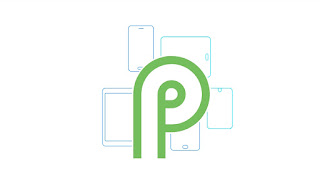 Recently, Google has announced Android P at Google I/O 2018 event, Android P comes with some interesting stuff like navigation bar gesture. The official release of Android P won’t happen until late summer, but you don’t have to wait that long to try out Android P's new features like Navigation bar gestures, AI feature etc. Actually, You can install the first public beta on a few supported smartphones. These betas have been limited to Google’s own smartphones like Pixel, but with Android P, you can install the Android P onto a few devices from other companies as well.

To Install the Android P beta you need the companion smartphone.

If you have a Pixel smartphone, the Android P beta installation process is very easy. Just Go to the Android beta program website and signing up for access to pre-release versions of Android P that will be updated over the next few months. Make sure you’re signed into Google with the account tied to the phone you’ll be using.

After, You will get a system update on your pixel smartphone. Just download the Android P beta update and install it.

If you want to install Android P beta on the non-Google devices like Nokia 7 plus, you have to do a bit of extra work. The OTA installation method will not work on Nokia 7. you’ll have to flash your smartphone with the beta build of the operating system.

I suggest you to don't try to install Android P beta on your Nokia 7 plus, just wait for the Android P stable OTA update. The Nokia 7 plus Android One program smartphone, So you will get Android P soon.
How to ?