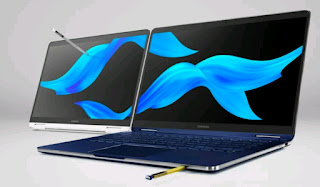 The Samsung Notebook 9 Pen 2-in-1 laptop comes with S pen. The S Pen comes in the box. It never needs to be charged and is stored directly into the PC. The S Pen options are also customizable, it allows you to swap in your choice of three different pen tips to get the drawing to feel you prefer.