The The developer edition of the HoloLens 2 do support Unreal Engine 4 SDK and the company said that developers will be able to start using it by the end of May. The developer kit comes with HoloLens 2 hardware, Azure credits and free trials for Unity Pro and Unity PiXYZ Plugin for CAD data. 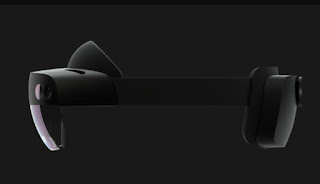 The HoloLens 2 features a new display system, the company said that this new display system will give significant advances in performance at low power. It has eye-tracking sensors that make interacting with holograms even more natural. You can log in with Windows Hello via iris recognition.

The HoloLens 2 made with light-weight carbon-fiber material. The Company said that it has improved the thermal management with new vapor chamber technology.

It features a time-of-flight (ToF) depth sensor, and it has built-in AI and semantic understanding, HoloLens 2 enables direct manipulation of holograms with the same instinctual interactions you would use with physical objects in the real world. 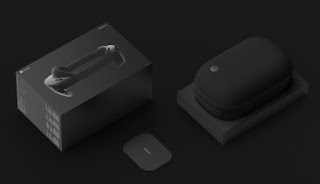 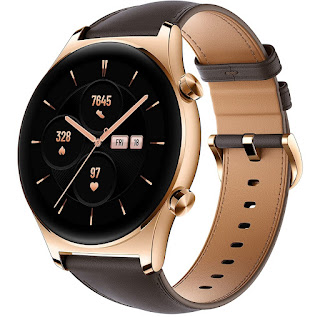 The HONOR Watch GS 3 was launched in India on 6th June. It features 1.43-inch 3Dcurved AMOLED display, the smartwatch is 5ATM certified for water resistance. The  smartwatch is said to be made of 316L low-carbon stainless steel with Nappa leather straps. It comes with a new eight-channel PPG (Photoplethysmography) sensor module with an AI Heart Rate Monitoring Engine to better track the user’s health and also other monitoring features such as sleep, stress, etc.   The HONOR Watch GS 3 has more than 100 different sports modes. It has Bluetooth 5.0 connectivity and supports Bluetooth calling. The company claims up to 14 days of battery life with normal use, and 5 minutes of charging will give you a day of use. HONOR Watch GS 3 full specifications • 1.43-inch (466×466 pixels) AMOLED   3D curved display • 5ATM certified for Water and Dust   resistant • 32MB RAM and 4GB internal storage • Bluetooth 5.0 connectivity and   compatible with Android 6.0 or   later, iOS 9.0 or later • Micropho
Read more