August 20, 2019
Realme has launched the Realme 5 smartphone in India. It features a 6.5-inch HD+ Display with 19.5:9 aspect ratio, and it has got waterdrop notch. It has got Corning Gorilla 3 display protection. It comes with polycarbonate body with new patterns and colours. It has dedicated dual nano SIM card slot and a dedicated microSD card slot. 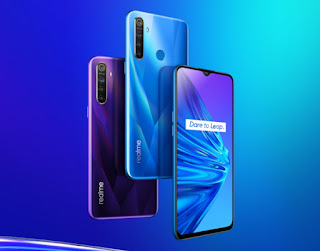 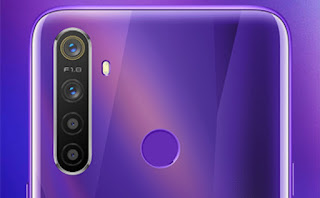 The Realme 5 has a rear mounted fingerprint sensor, and it also a face unlock feature. It has It has Dual 4G VoLTE, WiFi 802.11 b/g/n, Bluetooth 5 and GPS/Beidou/Galileo/A-GPS connectivity. It has a microUSB port and 3.5mm audio jack. It has Light sensor, Proximity sensor, Magnetic induction sensor, Gyro-meter and Acceleration sensor. It houses a 5000mAh battery. It comes in Crystal Blue and Crystal Purple colours. 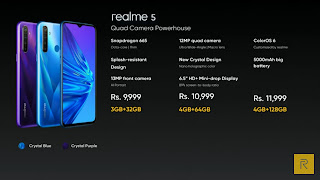 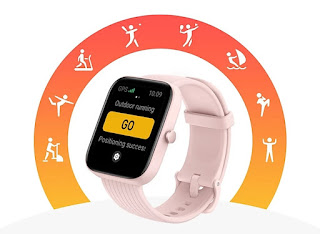