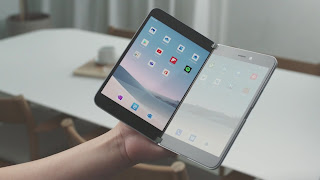 Along with Surface Neo, Microsoft also introduced Surface Duo, this new Surface smartphone runs Android. It has dual 5.6-inch screens that unfold to 8.3-inch tablet. Similar to the Surface Duo, the Surface Neo has got 360° hinge. Unlike Surface Neo it runs on Android OS. The company said that Android is most popular OS in smartphone segment, and there are lots of developers out there to create dual display compatible Apps. 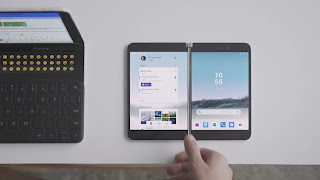 When the Surface Duo folded out, it would gain touch commands for Project xCloud on the lower portion of the screen, creating an experience similar to that of a Nintendo 3DS.

However, Microsoft did not reveal any other specs or price. It will be available only during Holiday 2020.