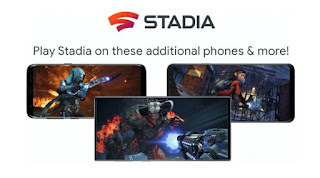 Google Stadia was introduced around 3 months ago in selected countries like U.S United Kingdom, France, Italy and more. However, the Google Stadia is now available in India right now. Most importantly it was only available for Google pixel smartphones, TV (via Chromecast Ultra), laptop and desktop. But now the company has announced that support for Stadia would be available on 18 more smartphones other than the Pixel. This is pretty good news for gamers.

Another big news is that the Stadia will support any wireless gamepad via Bluetooth connection for these phones, except with the Stadia controller which will require to be plugged in directly.