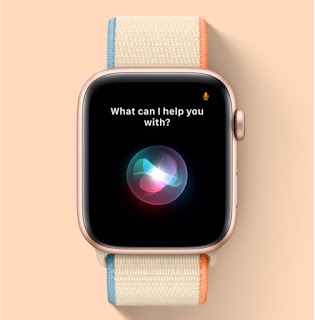 All new Apple Watch SE smartwatch has been launched, the new Watch SE retains the same design of the Watch Series 6 with an expansive Retina display that is 30% larger than the Apple Watch Series 3 and still retains the Digital Crown. The Watch SE features a Retina display with 1000nits brightness, but it doesn't support Always on display feature. The Apple Watch SE case is made from 100 percent recycled aluminum. The company claims that the smartwatch can survive under 50 meters of water, So start tracking your splits and sets in the pool, or even map your route in open water. 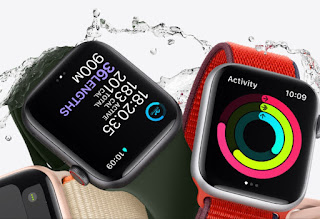 The Apple Watch SE is powered by an S5 dual-core System in Package (SiP) unlike the S6 System in Package (SiP) of the Watch Series 6. The Apple Watch SE runs on watchOS 7 out of the box, it brings 7 new watch faces including Stripes, Chronograph Pro, GMT, Artist, and there are other new features such as low-range VO2 Max, automatic handwashing detection, sleep tracking, and more. Most importantly, this new software comes with Family Setup feature, it allows children to access Emergency SOS at any time, enjoy an Activity rings experience, utilize Schooltime mode, etc. 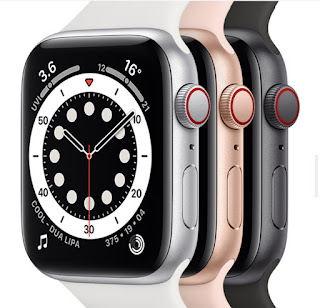 It also features a similar set of sensors as Apple Watch Series 6 – accelerometer, gyroscope, and always-on altimeter, fall detection, Emergency SOS, and international emergency calling. It comes with Bluetooth 5 and GPS connectivity, it also comes with eSIM support. It also packs latest-gen microphone and speaker. The company said that the smartwatch can provide up to 18 hours of battery life, but wait you won’t find the AC adapter in the Apple Watch SE packaging as Apple is removing the same that could become electronic waste. LoL 😂

Price in India and Availablity

Price in US and Availability