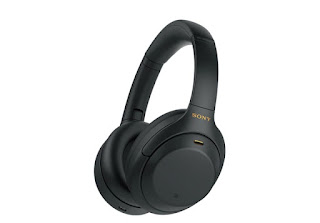 Sony also improved the sound of of the headphones with with a new Edge-AI used by the DSEE Extreme (Digital Sound Enhancement Engine) and with support for 360 Reality Audio. The Sony WH-1000XM4 features 5-mic system for clearer calls, NFC, Bluetooth 5.0, Fast Pair and wearing detection.

Sony highlighted a feature called Speak-to-Chat feature, with this feature the headphones will recognize if the user is having a short conversation and automatically reduce the volume and let in ambient sound. The company claims up to 30 hours of battery life and it supports Quick Charging. The Sony WH-1000XM4 comes in Black colour.

The Sony WH-1000XM4 is priced at Rs. 29,990 in India and will be available on Amazon.in and shopatsc.com online as well as Shop Sony Center and it is already available at Sony exclusive offline stores.
Headphones
Location: India