Nubia has launched the Cyberpods wireless earbuds. The Earbuds weighs just 5g, Cyberpods has a unique angular gamer-y design, which extends to the carrying case. The company said that the atmospheric light on each earbud which reacts and pulses according to the game being played. 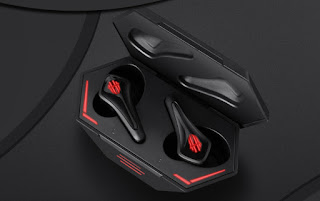 The Earbuds comes with Bluetooth 5 connectivity, it has got blow-latency connection, which is crucial for gaming. RedMagic claims that the latency will be as low as 39ms. The company claims battery life of 20 hours. There are touch controls to control the music playback and answer calls.