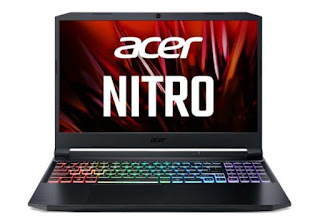 These two gaming laptops are powered by the Hexa-Core AMD Ryzen 5600H 7nm processor, which is based on the Zen 3 architecture. For the GPU, the high-end model comes with the NVIDIA GeForce RTX 3060 while the base model has got a previous gen GeForce GTX 1650 GPU. The laptops have 2 slots for M.2 PCIe SSDs and will support up to 32GB of DDR4 3200 RAM. These two laptops runs on Windows 10 OS out of the box.

The Acer Nitro 5 series laptops features a 720p HD webcam above the screen, these have Wi-Fi 6 and Bluetooth v5.1 connectivity. These laptop have an HDMI port, two USB 3.2 Gen 1 ports, a USB Type-C 3.2 Gen 2 port, and a USB 3.2 Gen 2 port with power-off charging support. These two laptops houses 57.5Whr battery, the company claims up to 13 hours. 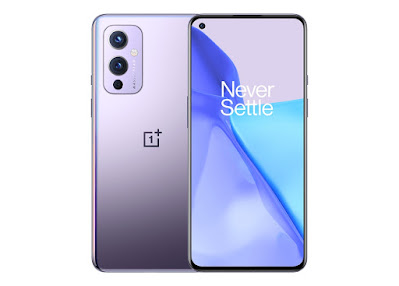 The  OnePlus 9 smartphone has been launched in India. It features a 120Hz 6.55-inch full HD+ AMOLED display with 16mp punch-hole selfie camera. It comes with a fiberglass-reinforced polymer frame, which features a newly developed metallization process that adds a glossy and premium look. The  smartphone is powered by the Snapdragon 888 SoC and runs on Android 11 OS out of the box.   The OnePlus 9 features 48mp triple rear camera setup and a 16mp punch-hole selfie camera. The smartphone houses a 4500mAh (Twin 2250mAh batteries) and Warp Charge 65W charging that can charge the phone fully in just 29 minutes. The charger also supports up to 45W PD charging so that it supports devices such as laptops or tablets. The North America and Europe versions of the OnePlus 9 also support up to 15W Qi wireless charging. While the Indian variant doesn't support wireless charging. OnePlus 9 full specifications • 6.55-inch (1080×2400 pixels) Full HD+   Fluid AMOLED display with 402ppi,   20
Read more