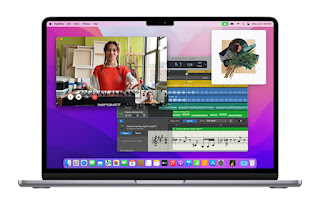 Apple at its WWDC event introduced its new MacBook Air powered by the new M2 chip, as expected. The new MacBook Air features 13.6-inch (2560 x 1664 pixels) Liquid Retina display. It has an entirely new design measuring just 11.3 mm thin and weighs just 1.24 kg. Apple said that the new laptop has an all-aluminum unibody enclosure and integrates its components so efficiently that it results in 20% reduction in volume.

The new MacBook Air features a four-speaker sound system which is completely integrated between the keyboard and display along with the mic and also brings back the MagSafe charging port. It comes with an all-new 35W compact power adapter with two USB-C ports to charge two devices at once. It houses a 56 watt‑hour lithium‑polymer battery and it supports 67W USB-C Power Adapter. 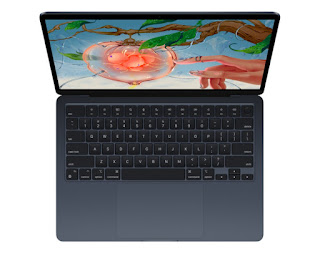 (Configurable up to 2TB)

Audio when playing music or video

with Dolby Atmos on built-in

with support for: Charging, DisplayPort,

battery with up to 15 hours wireless

Adapter (included with M2 with

storage, configurable with M2 with